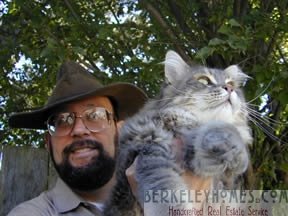 Those are the names of our two kittens we adopted from the Milo Foundation at 1575 Solano Avenue in Berkeley.

They’re now 5 months old and growing in leaps and bounds.

And leaping and bounding.

We saw they had some Maine Coon Cat in them.. and I’ve loved the breed ever since meeting Prince Willie. That’s an actual, unretouched photo, of Prince Willie… though he’s closer to the camera than I was.. so his head really isn’t larger than mine! Though, it might actually be! 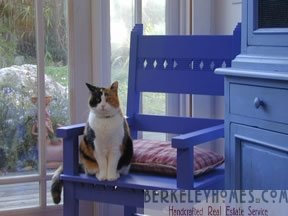 My friend did a slide show which had the lyrics to the Crosby, Stills & Nash song “Our House”where they sung “two cats in the yard, life used to be so hard” and it brought tears to my eyes… because it took us many months before we were ready to get some new kittens to fill Lucy The Cat’s paws. It’s been just over a year since she died unexpectedly.

This is my favorite photo of Lucy, who adopted us not so long ago.