Berkeley is filled with distinctive buildings.  You’ll frequently see bungalows, Spanish Med, Craftsman and Brown Shingle homes since much of Berkeley was built up in the early 20th Century.

Famous architects such as Julia Morgan, Bernard Maybeck, John Hudson Thomas, Leola Hall, Walter Ratcliff, and John Galen Howard have made their mark on our homes, public, and commercial districts. 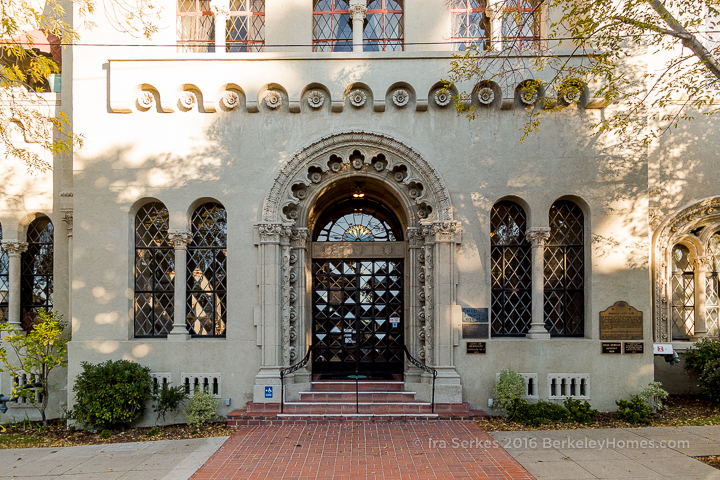 Berkeley Architectural Heritage Association (BAHA) puts out a wonderful series of booklets about our neighborhoods (with walking tours), architects, and history.  They host an annual house tour in the spring, a great opportunity to see inside the homes you’ve admired from the street. 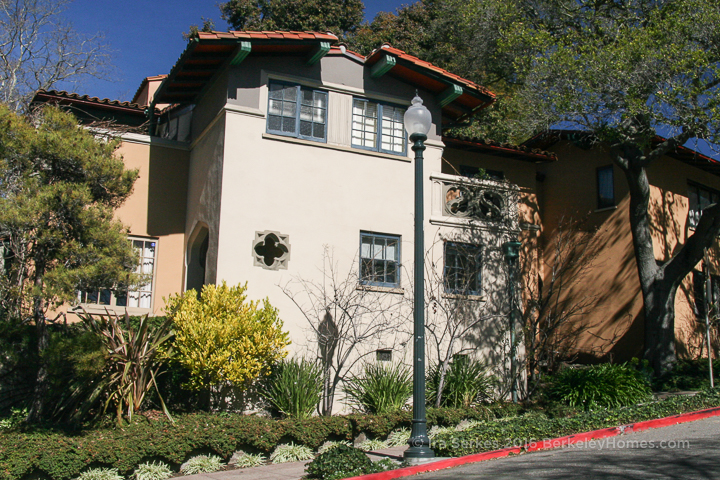 You’ll find many of Julia Morgan’s homes in the Elmwood/Claremont Neighborhood.  We hosted “The Art Of Downsizing” seminar at her “Little Castle” … The other one is Hearst Castle in San Simeon.  Built as the Berkeley Women’s City Club, it’ now the Berkeley City Club. 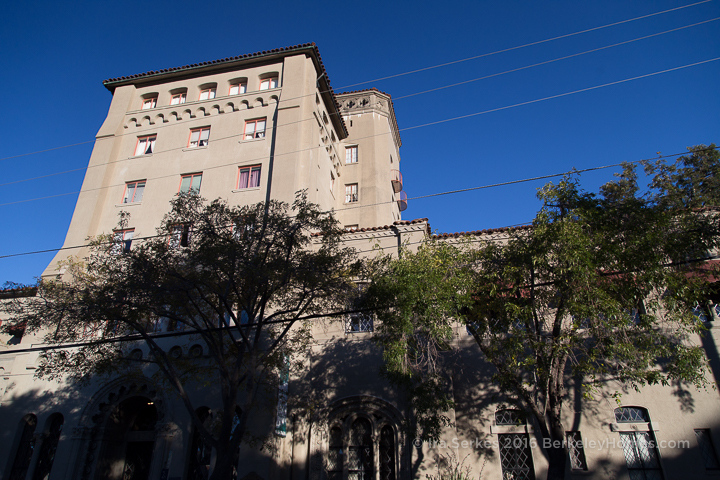 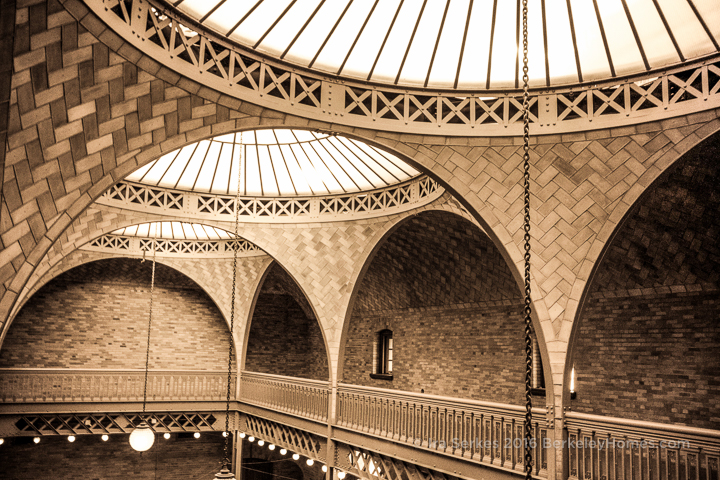 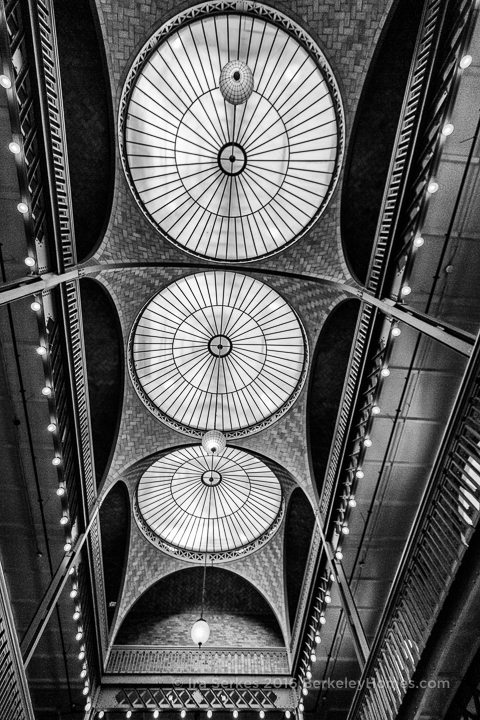 I particularly admire Art Deco architecture, and the Paramount Theatre in Oakland is the most extraordinary theater I’ve ever seen.  The Art Deco Society of California hosts walking tours of Berkeley, Oakland, and San Francisco Art Deco treasures. 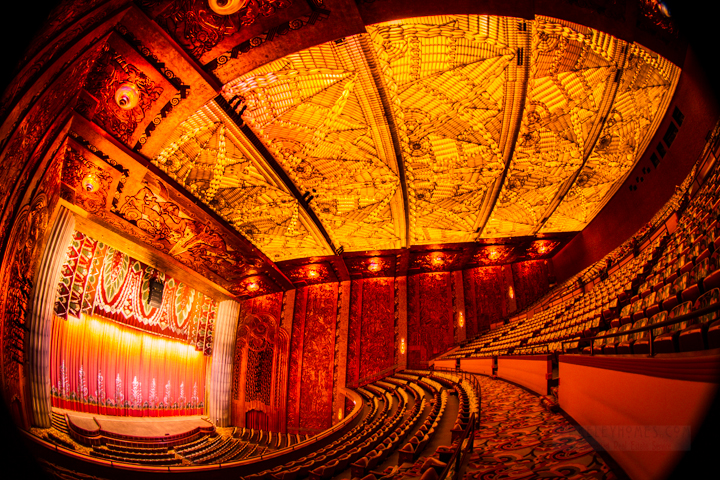 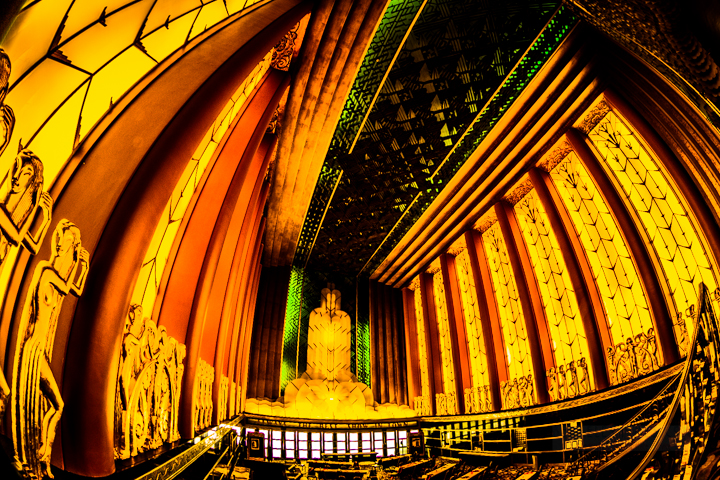 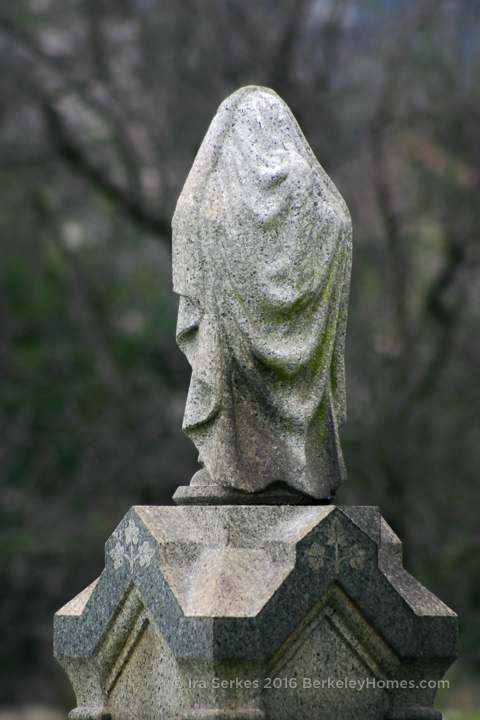 Michael Crowe has written an excellent book “Deco By The Bay: Art Deco Architecture In The San Francisco Bay Area“

I just saw the amazing Hume Cloister earlier in the day.  We see beautiful homes every week … let us know what your perfect home looks like and we’ll find it for you!