There are some Albany & Berkeley streets which I prefer to use. They tend to be one way, separated by a median strip, or have no cross traffic. Here are some of them. 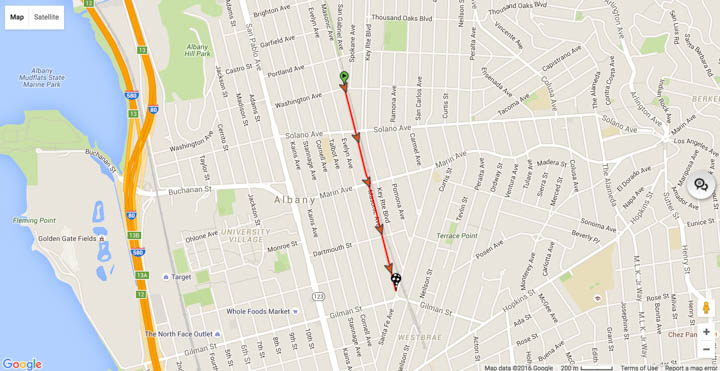 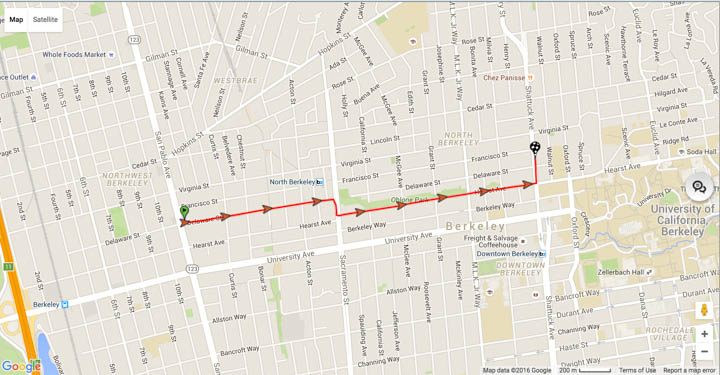 Let me know where around town you want to travel to … I’ll let you know the easiest routes.