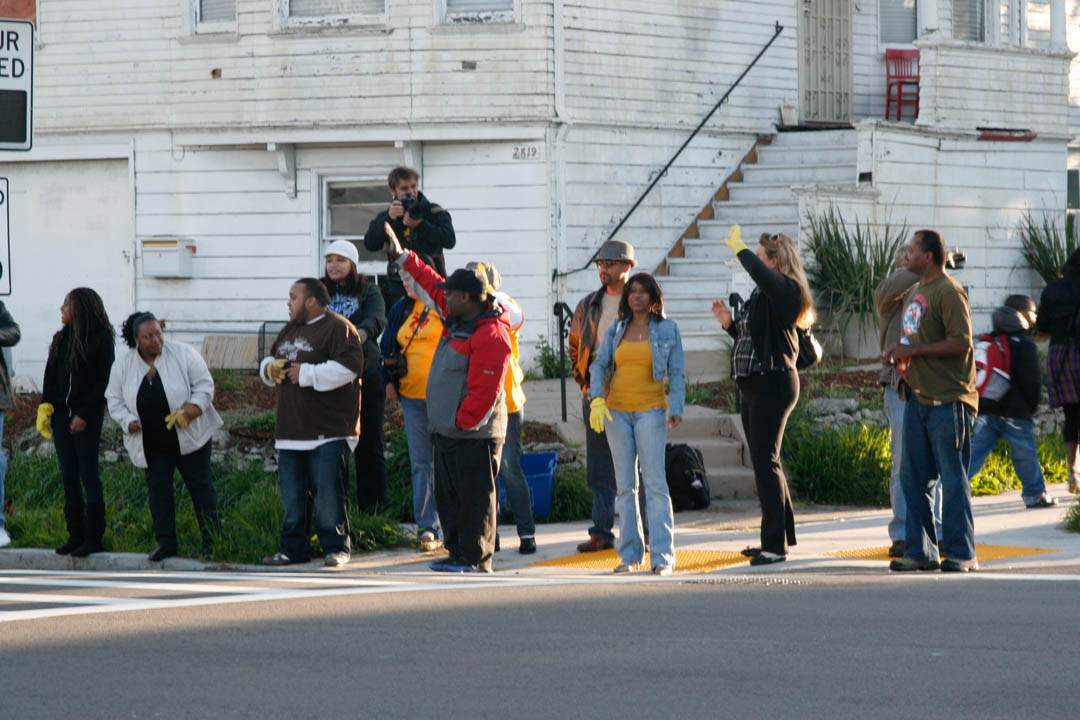 Mr. Charles was one of Berkeley’s wonderful residents, who put a smile on everyone’s faces.

For 30 years he held court on the corner of Oregon and Martin Luther King/Grove Street, waved to everyone driving and walking by, and shouted out HAVE A GOOD DAY in his booming voice.

Carol and I were living on Carleton Street at the time and I was a nervous wreck the morning we would go to Probate Court in Oakland to find out if the court would approve the sale of our new home.

He boomed back “GOOOOOD LUCk!!!”

It worked – it’s almost 40 years later and we’re still in the same house.

Martin Snapp writes often about Mr. Charles … warning … you’re going to get all misty reading it.

You brightened the world.

Watch All The 100th Birthday Videos (Videos as taken) 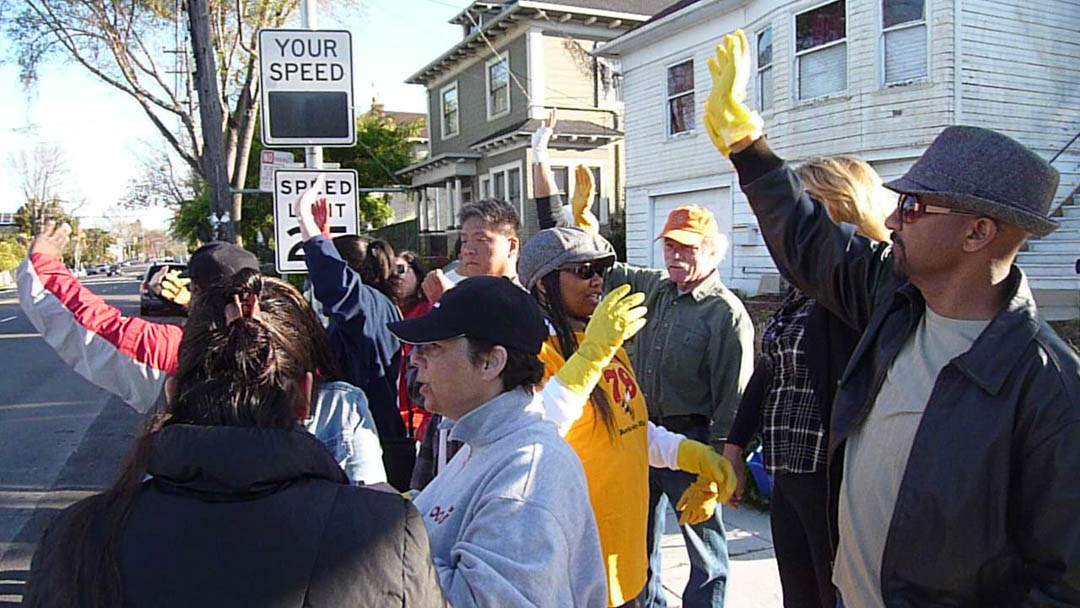