Every Thursday Carol & I have the pleasure to go on the Berkeley Multiple Listing Service real estate broker’s tour. We see some extraordinary homes, and the sights and sounds of Berkeley!

I always enjoy seeing some of Berkeley’s intriguing paths… and Rose Path is one of our favorites! It’s just steps from Berkeley’s Rose Garden and Codornices Parks… and a short stroll to UC Berkeley. 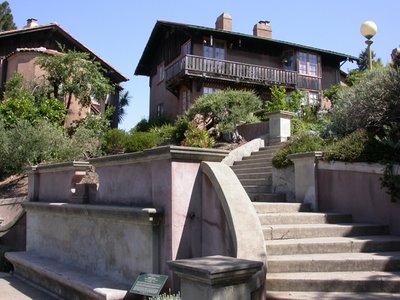 According the Berkeley Historical Plaque (lower part of the photo), Bernard Maybeck was the Designer and Architect along with Henry Higby Gutterson, Architect “Rose Walk is Berkeley’s only pedestrian pathway where the buildings were designed to create an ensemble integrating the walk with a planned development.”

Many of the paths were put in to make it easier for North Berkeley, Berkeley Hills, and Thousand Oaks home owners to walk from their homes to the Key Route Street Car.. and get to work at UC Berkeley, Oakland, or San Francisco.

Come to think of it, that’s what they still do!

Want to live near one of Berkeley’s Paths? We’ve created neighborhood links to homes listed in the Berkeley Multiple Listing Service so you can see what Berkeley homes are for sale right now. 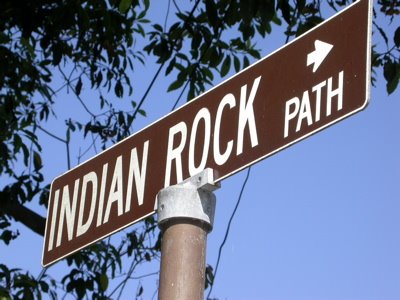 The Berkeley Path Wanderers Association created a marvelous maps of all the paths in Berkeley.. and we knew that one of them led from the end of Vincente up to The Alameda. The photo is of Indian Rock Path, which takes you from the top of Solano Avenue to… Indian Rock!