Home > The Death and Life of Great American Cities 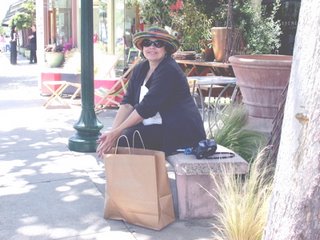 That’s the title of a marvelous book by Jane Jacobs.

I grew up in New York City in the 50’s and 60’s… and saw the effect that construction of the Cross Bronx Expressway … and the high rise “projects” had on communities.

My father had a furniture store at 759 East 149th Street in the South Bronx, and I used to help him load mattresses, dining room tables, and chairs atop the 1949 Green Pontiac to deliver to the high rise “projects”. Even when I was young, I knew I never wanted to live there…. and always looked forward to returning to our Pelham Parkway neighborhood (2106 Bronx Park East, to be specific).

The neighborhood had a mix of stores and apartments, duplexes with Doctor’s offices downstairs, attached and detached single family homes… and was very safe. Jane Jacobs talked about the reasons in her book… neighbors kept an eye on each other, and watched out for the neighborhood kids. There were a lot of “eyes” looking out into the courtyard of 2100-2110 Bronx Park East to make sure that we never got too rowdy. Reading The Death and Life of Great American Cities brought me back to The Streets Of The Bronx (also the title of a song in A Bronx Tale, one of my favorite movies)

Today was a particularly warm day in Berkeley. It was 90 degrees by 11 am, and Carol and I decided to take a break our Broker’s Tour and stop at 4th Street.

First a pilgrimage to Cody’s Books on 4th, then the Builder’s Booksource, a visit to our moving van to make sure the parking tags were current, and finally a stop at the San Pablo Poultry Store on San Pablo Avenue.

What does one thing have to do with another? 4th Street is much more upscale than Lydig Avenue in The Bronx.. but both streets were filled with people walking, talking, shopping, and dining!

Driving down San Pablo Avenue reminded me a bit of some of New York City’s outlying neighborhood streets – restaurants, apartment buildings, restaurants, bookstores, ethnic groceries…. a diverse slice of life… and more and people walking down it

SFGate.com has an excellent article on Berkeley’s San Pablo Corridor. Check it out!